Becki Gray is Senior Vice President at the John Locke Foundation. She provides information, consultation, and publications to elected officials, government staff and other decision makers involved in the state public-policy process.

Gray taps her experience in the legal field, at the North Carolina General Assembly and as a lobbyist in the private sector as well as the full resources and staff of JLF to fulfill requests for information and analysis from policymakers.

She offers commentary on television and radio shows across North Carolina and is a regular panelist on NCSpin. Gray writes a monthly column for Carolina Journal and her op-eds have been published in newspapers across the state. She frequently speaks to civic and political groups about public policy and legislative issues.

She earned an Art degree at Queens College in Charlotte, a Paralegal Certificate from Meredith College and has completed graduate work at UNC-Charlotte and UNC-Greensboro.

Gray is a member of the first class of the John Locke Foundation’s E.A. Morris Fellows, a statewide leadership program. She serves on the North Carolina Museum of Art’s Board of Trustees.

WeROCC meetings are USUALLY held on the second THURSDAY of each month at 6:00 PM For more information please visit our Facebook page or email at admin@werocc.com
May 13, 2021
6pm
Shelby, NC 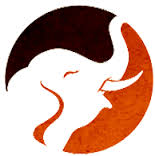