Naomi and George Zambrano from Venezuela

They have seen and lived with socialism and will share their insights on socialism awareness for America.

The Zambrano’s have worked as missionaries with Naomi’s father and two other partners since 2013, taking the gospel of salvation, food, medicines, clothing and relief to people in remote areas of the Venezuelan and poor areas in the outskirts Colombian Amazon, small towns of the south and the west of Venezuela, and in of Valencia.   While in the US, they have continued working on relief projects, sending food, medicines, clothing, toiletries and other goods to people in need in Venezuela, and some Venezuelans in Argentina, Chile, Colombia, a and Peru with the help of their church and different partners.

For more information please visit our Facebook page or email at admin@werocc.com.

WeROCC received its RISE award at the NCFRW Board Meeting in Asheville, NC

Photo to be added soon 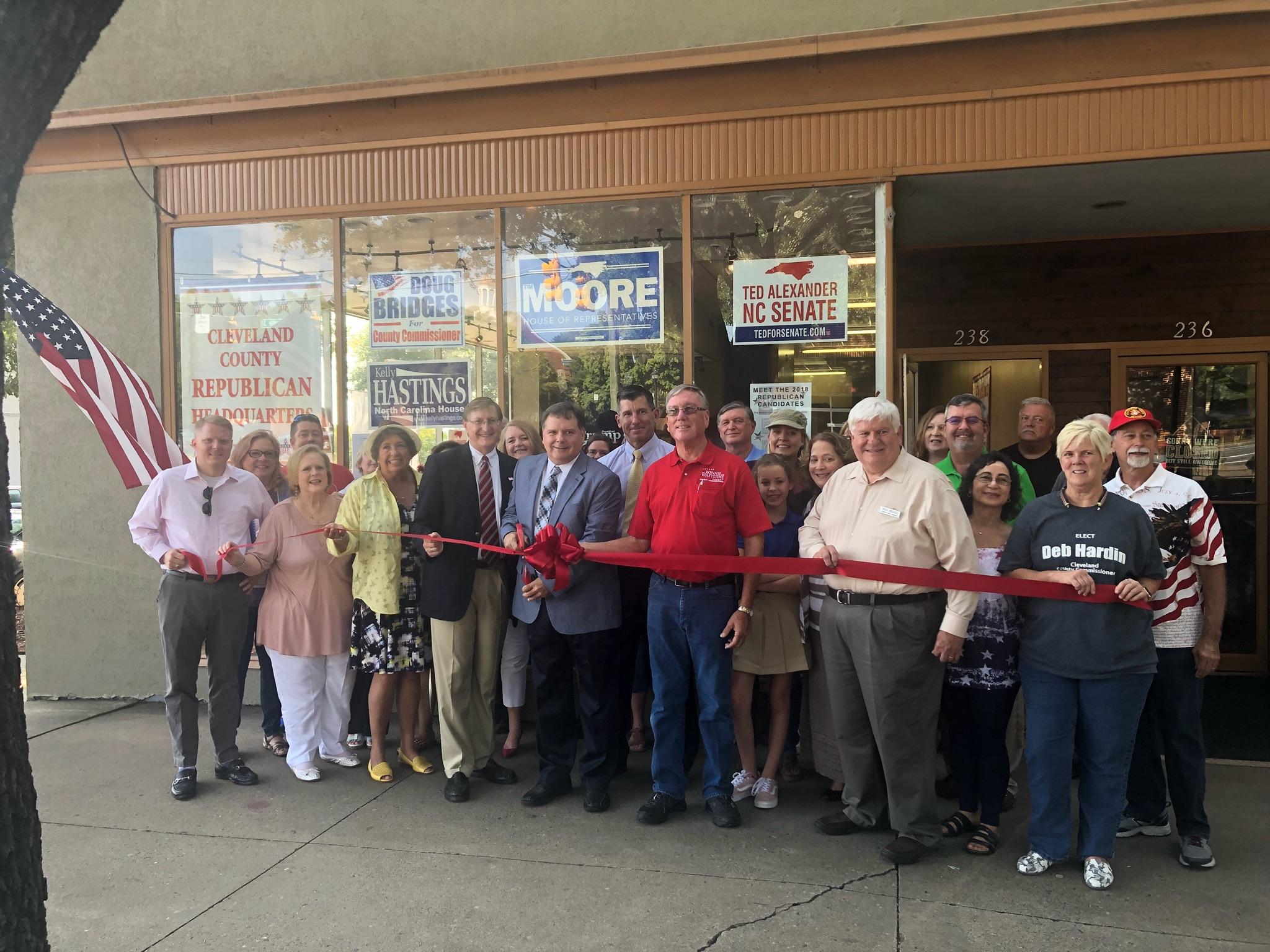 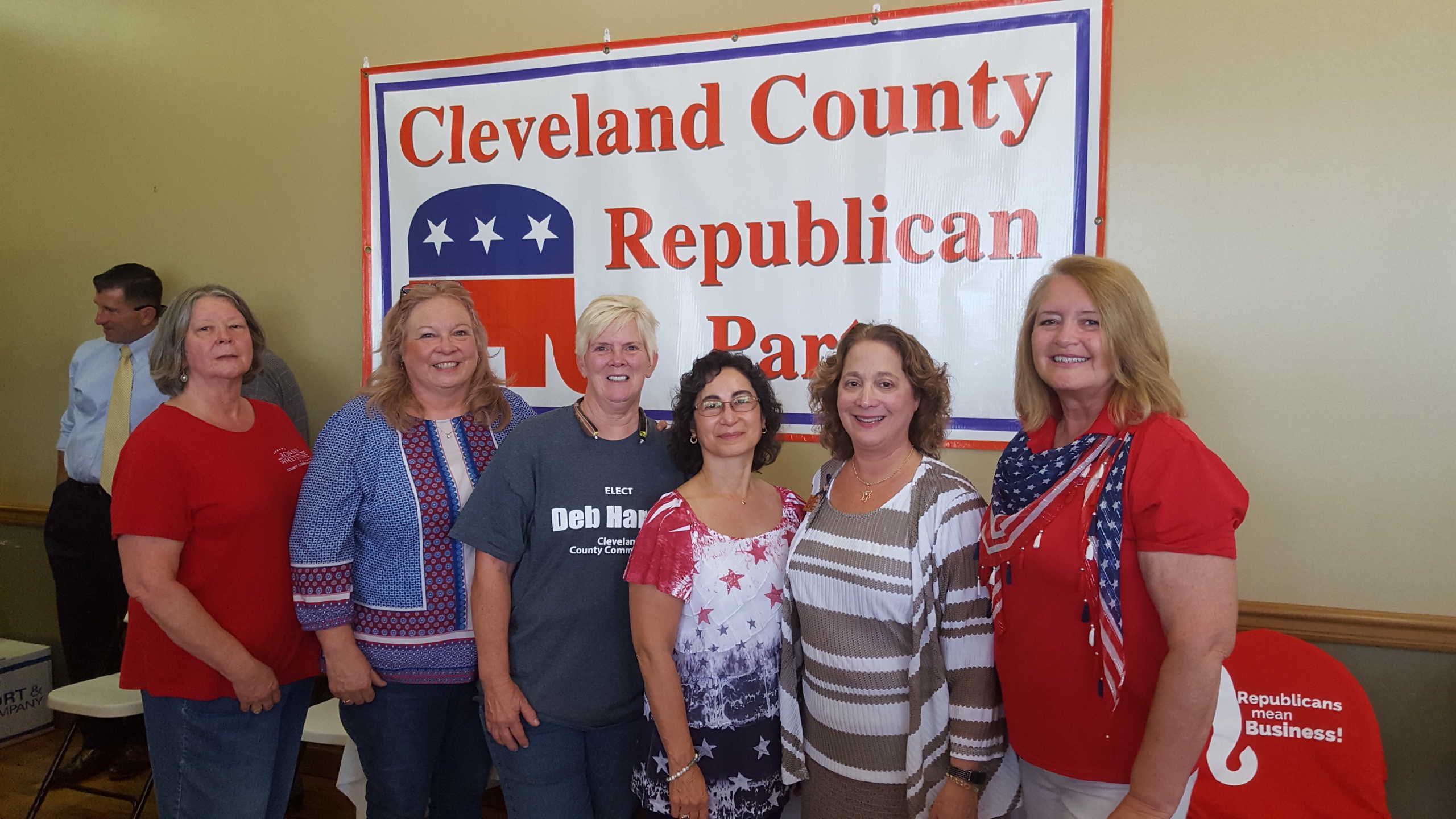 Welcome to the Women Republicans of Cleveland County (WeROCC) website!

Our club centers on promoting a politically educated public and supporting Republican candidates.

We consist both regular and associate members.

If you are a registered Republican, we have a place for you!

We are a fun, caring, and involved group.

We would love to meet you!

Tanzy Wallace and Ted Alexander nominated by the NAACP for their image award for Political Involvement in Cleveland County on June 2, 2018.  Surrounded by WeROCC supporters. Congratulations! 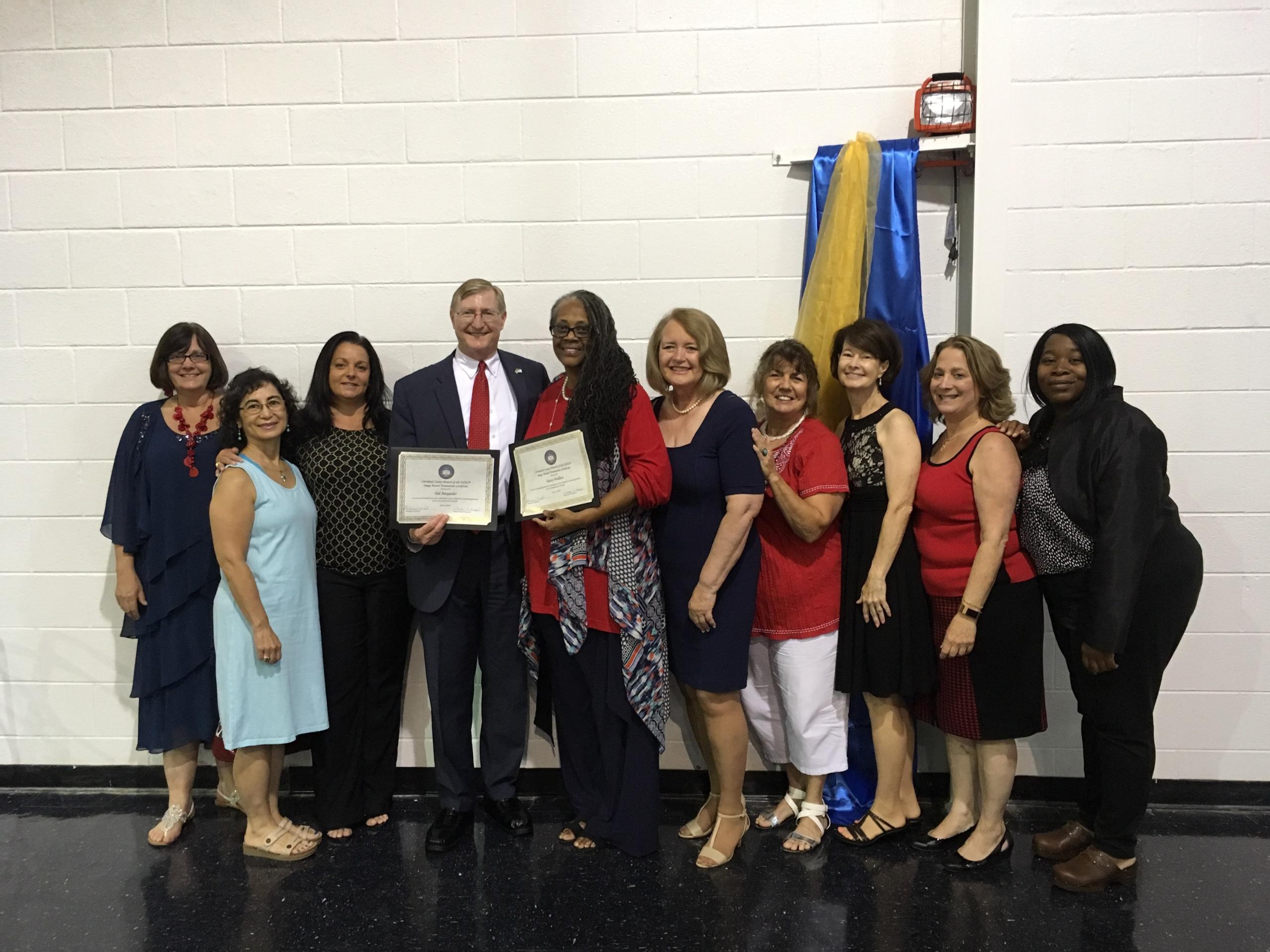 The Federation of Republican Women presented a 2018 Tribute to Women Award on May 11, 2018 to our WeROCC President, Marge Hooper, in recognition of all her hard work for the NCFRW and the Republican Party.

On Saturday May 19, 2018, Republician Initiative Training that took place in Shelby hosted by Brad Overcash.  WeROCC was present on the Front Row as well as other women from Rutherford County and Gaston County,as well as our our NCFRW President, Pat Smith.As NCFRW members.  We Support School Safety. 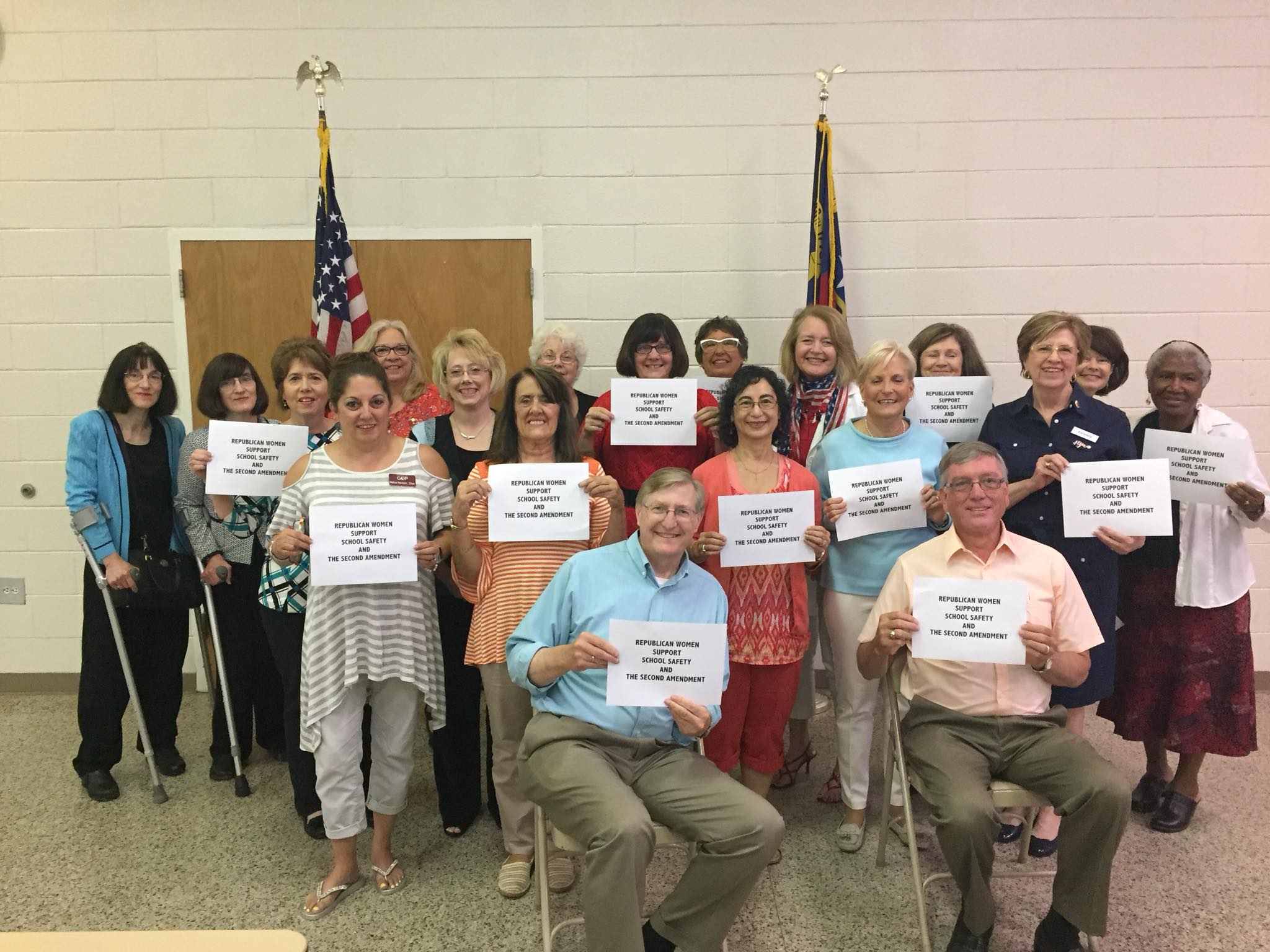 WeROCC was presented with the GOLD ACHEVEMENT Award by the National Federation of Republican Women to acknowledge a sucessful 2016-17. 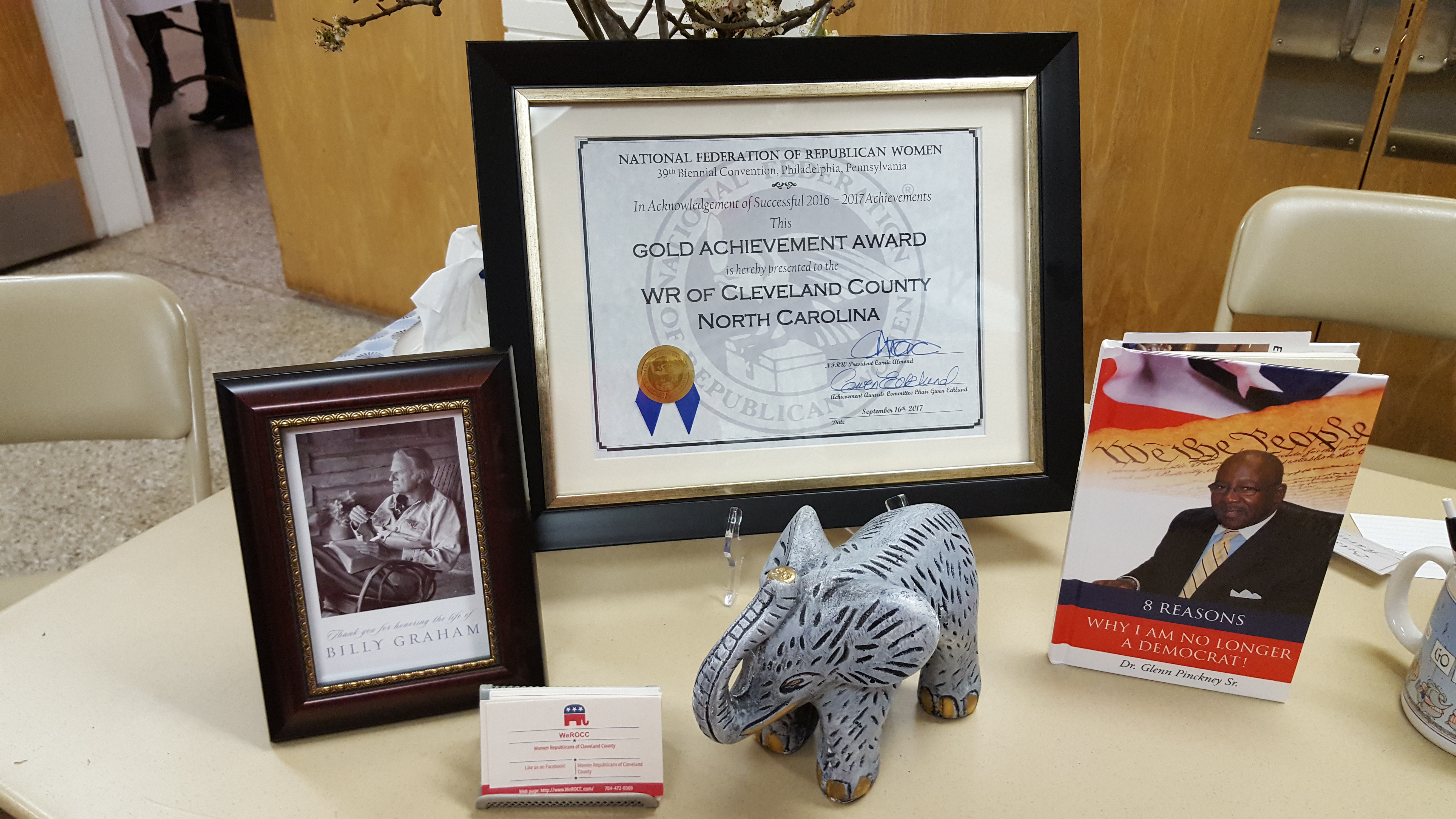 In support of expectant mothers, WeROCC sponsored a table at the annual fundraiser for the Pregnancy Resource Center held at the First Baptist Church in Kings Mountain. 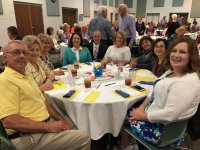 A group of WeROCC Women (and a friend) attended the performance ofthe US Air Force Heritage of America Band on 4/13/2018. 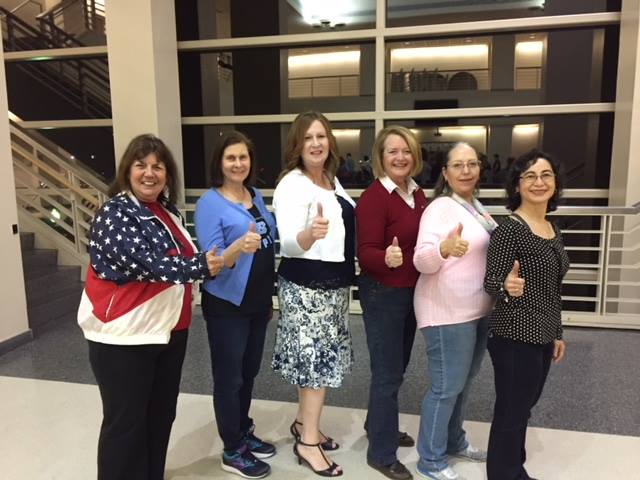 On May 8, 2018 Ted Alexander, the Republican winner of the NC District 44 primary spoke at our May WeROCC meeting. 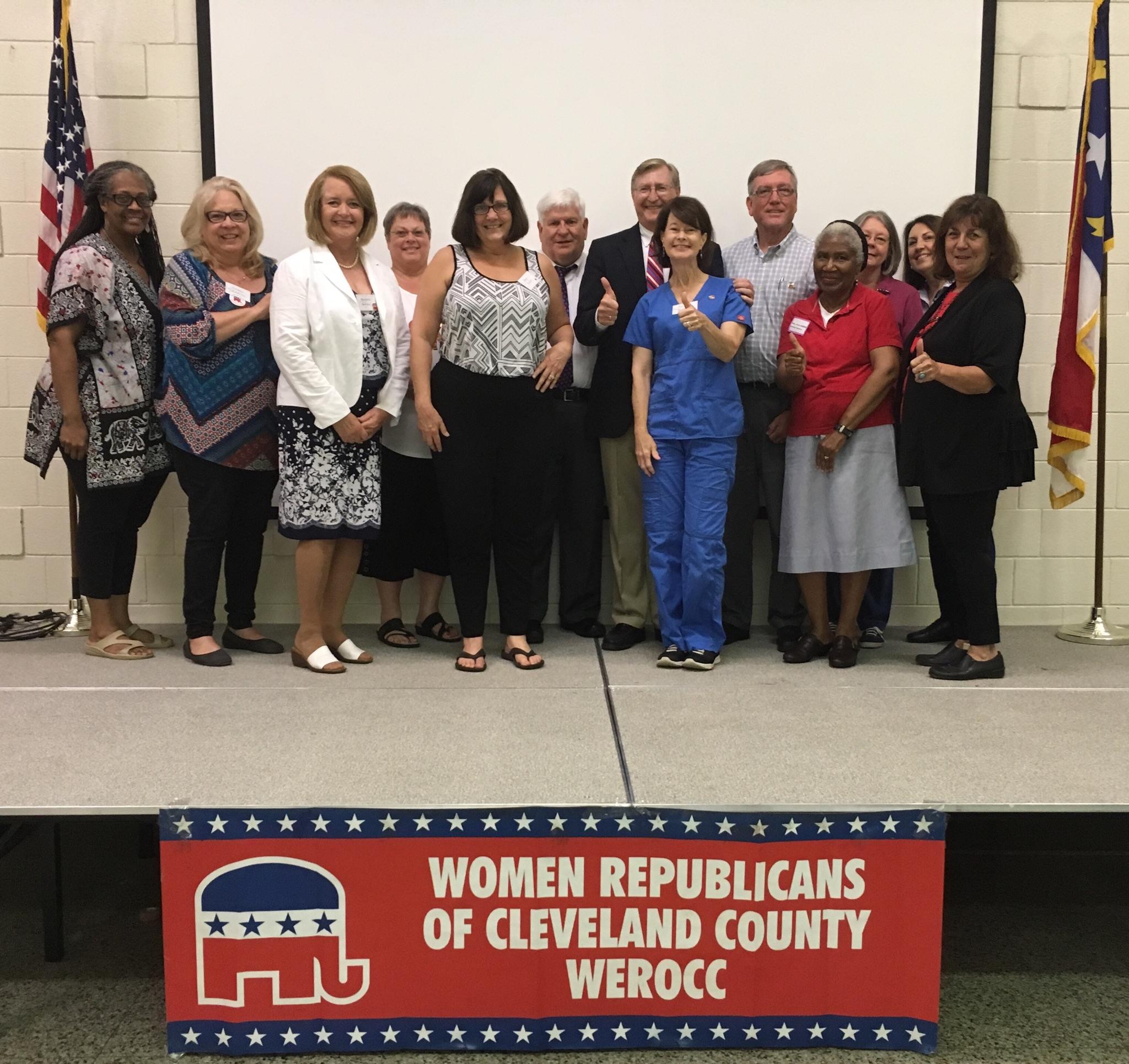 WeROCC donaated the NFRW edition of the book "Little Miss Patriot" to the Cleveland Country Library on April 13, 2018. 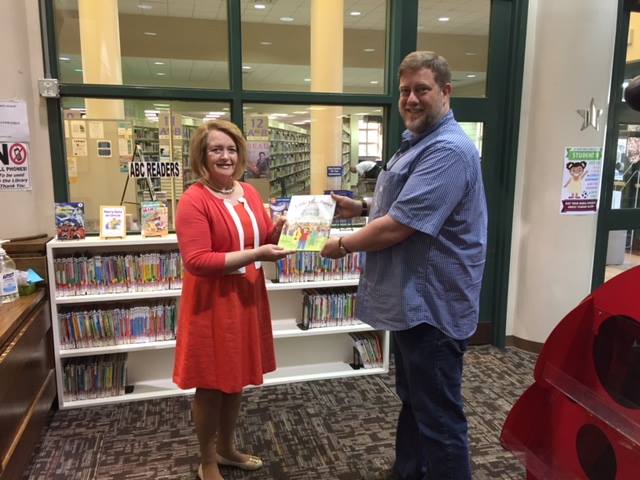 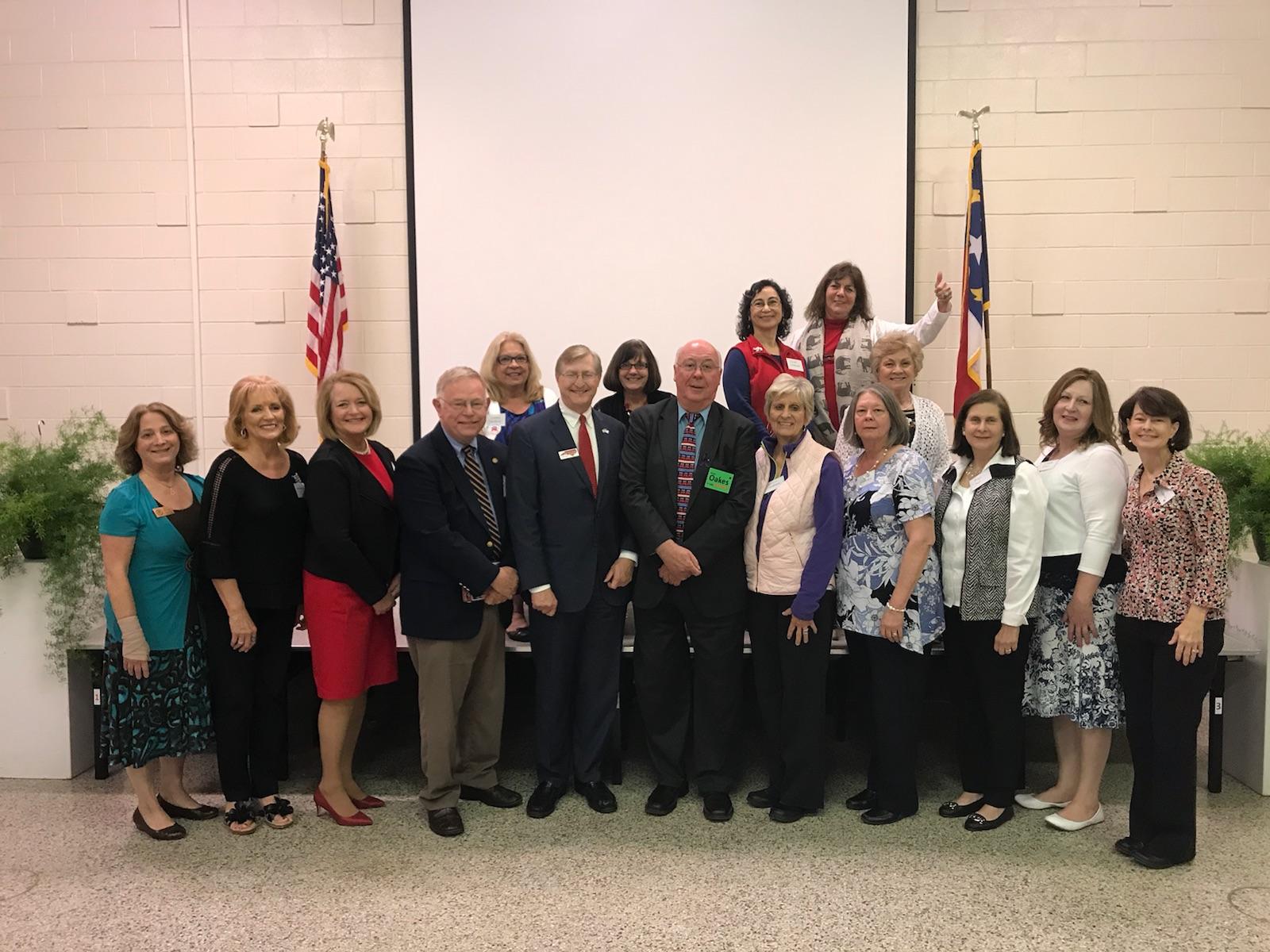 Besides direct involvement in politics, our club does

numerous public service projects for our state and local communities. Such as packing Care Packages for our Troops who are and about to be deployed.  In the past year, we had a social gathering at the Equestrian Center and a fall retreat to the mountains.

.  We like to attend as many parades and festivals as we can in Cleveland County. 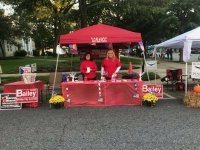 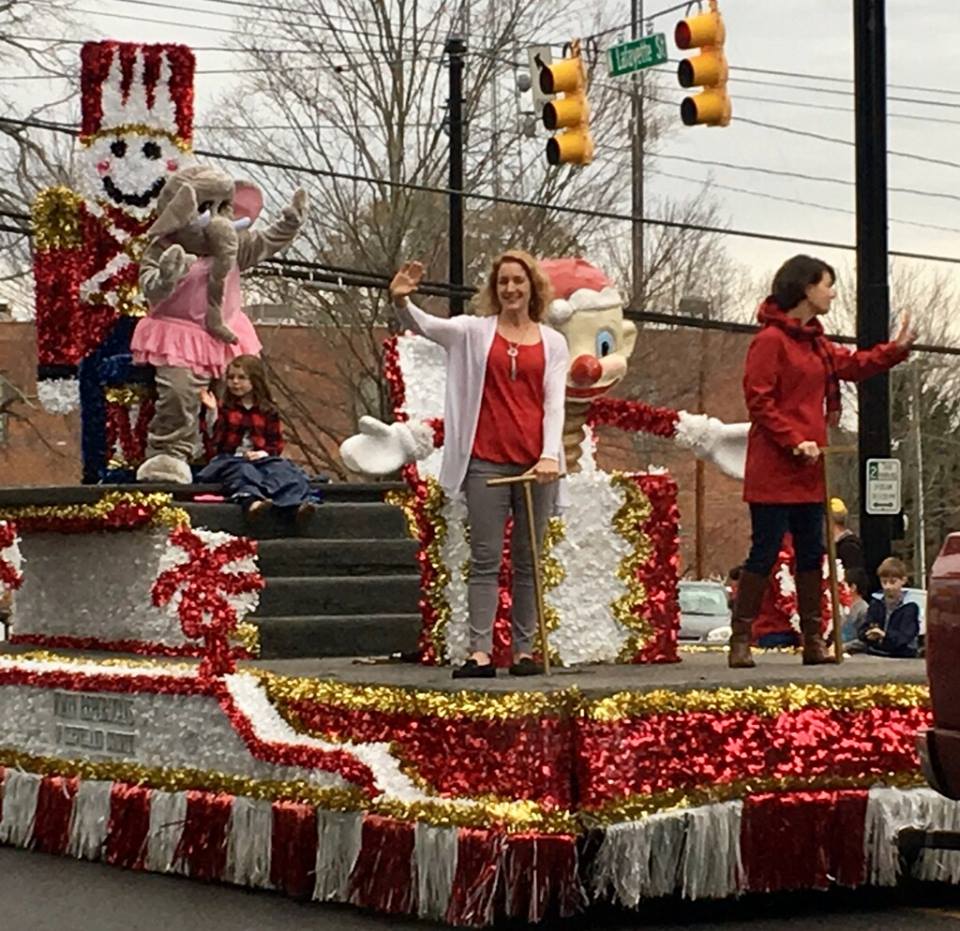 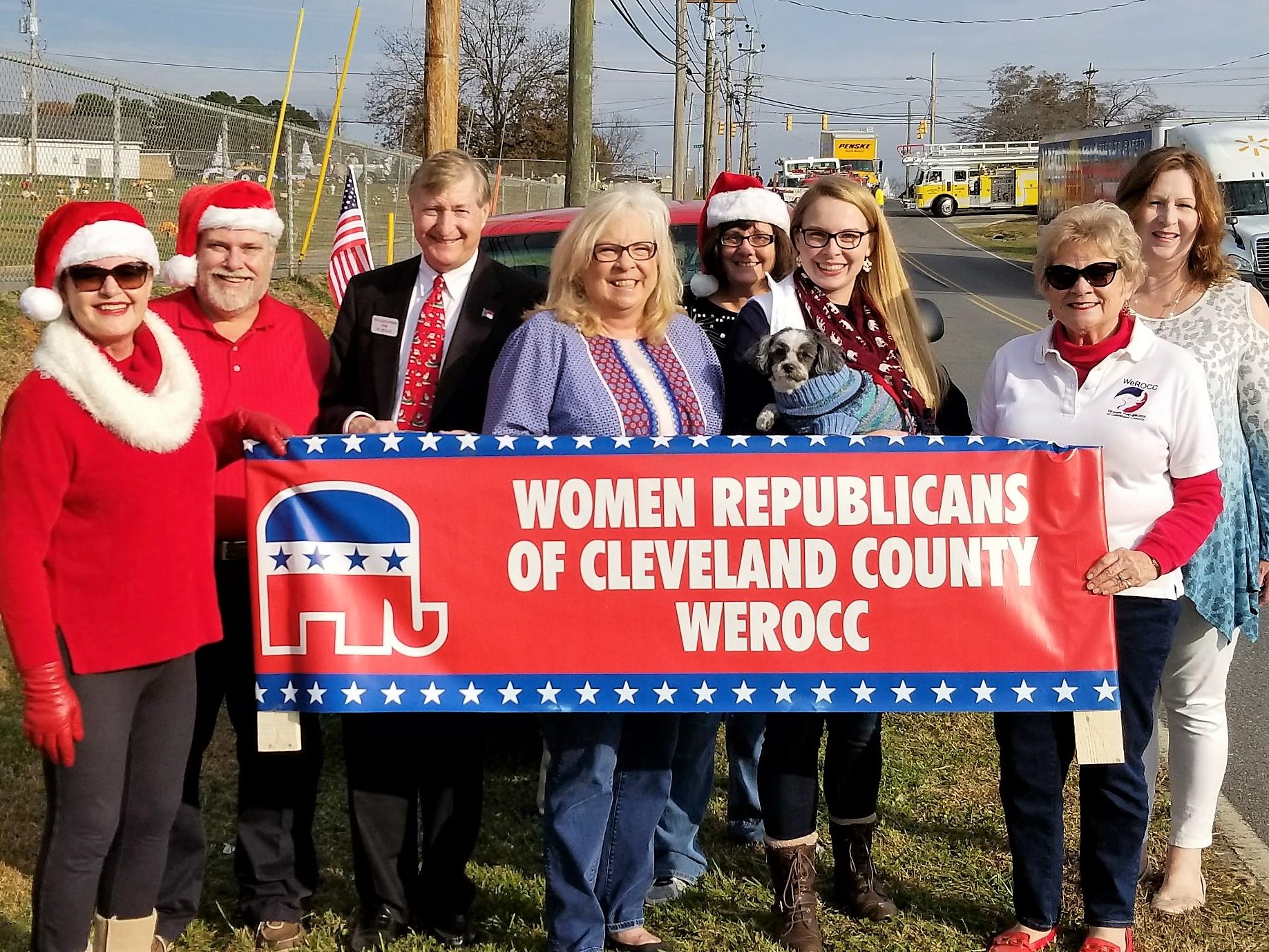 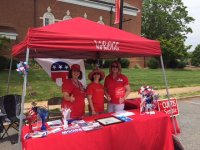 We collectively work towards uniting women as a force to positively impact the direction of our nation, while also advancing the power of women through political access and participation.  Whether you're interested in simply becoming more informed, helping inform the public, supporting candidates, running for office yourself, or becoming part of your county or state Republican Party structure, you will find what you need with the Women Republicans of Cleveland County, a federated Club in the North Carolina Federation of Republican Women and National Federation of Republican Women.

We offer information, programs and privileges to our members while drawing on their collective talents, ideas, and desire to participate. From lawyers, doctors, and teachers to politicians, housewives, and grandmothers, we attract women from all walks of life.
Among our members are elected officials or party leaders at the national, state, and local levels and together we strengthen our Republican Party, empower Republican women, and create a better future for our children and grandchildren.  Full members include Besty Harnage, our first female Republican Register of Deeds, and Susan Allen, Vice-Chair Cleveland County Commissioner.   Associate Members include Cleveland County Commissioners Ronnie Whetstine and Doug Bridges; Kelly Hastings NC House of Representatives.  At times, these elected officials have attended our WeROCC meetings.

We look forward to meeting you at WeROCC! 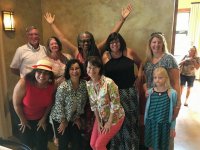 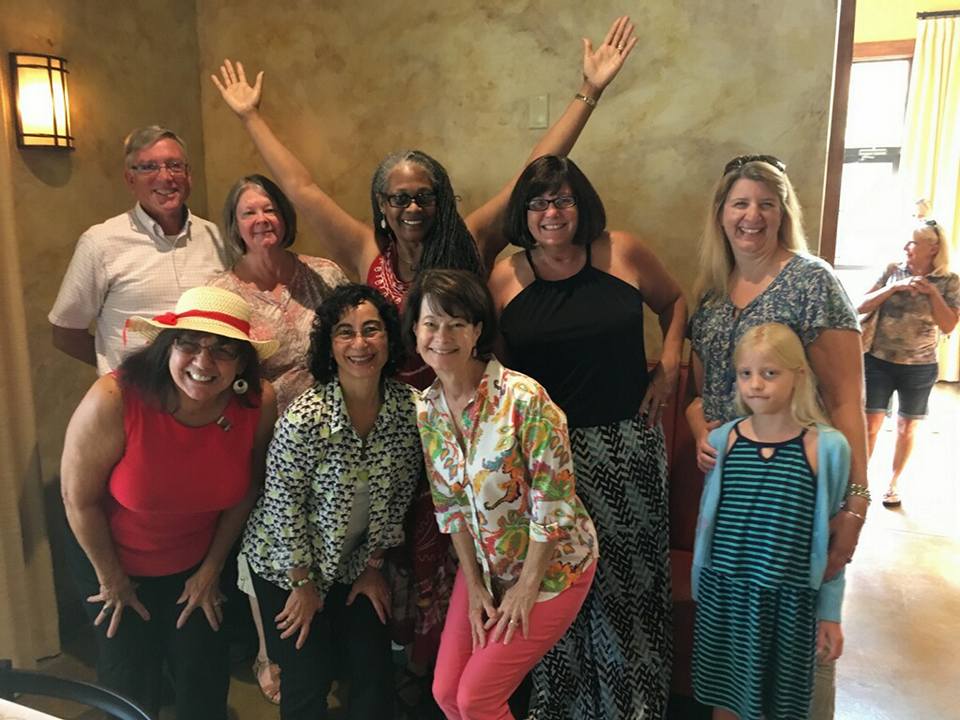 WeROCC meetings are USUALLY held on the second THURSDAY of each month at 6:00 PM For more information please visit our Facebook page or email at admin@werocc.com
August 12, 2021
7pm
Shelby, NC